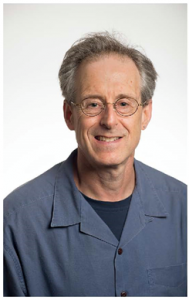 Dr. Robert E. (Rob) Kass received his Ph.D. in Statistics from the University of Chicago in 1980. His early work formed the basis for his book Geometrical Foundations of Asymptotic Inference, co-authored with Paul Vos. His subsequent research has been in Bayesian inference and, beginning in 2000, in the application of statistics to neuroscience. Kass is known not only for his methodological contributions, but also for several major review articles, including one with Adrian Raftery on Bayes factors (Journal of American Statistical Association, 1995) one with Larry Wasserman on prior distributions (Journal of American Statistical Association, 1996), and a pair with Emery Brown on statistics in neuroscience (Nature Neuroscience, 2004, also with Partha Mitra; Journal of Neurophysiology, 2005, also with Valerie Ventura). His book Analysis of Neural Data, with Emery Brown and Uri Eden, was published in 2014.

Kass has been on the faculty of the Department of Statistics at Carnegie Mellon since 1981; he joined the Center for the Neural Basis of Cognition (CNBC, run jointly by CMU and the University of Pittsburgh) in 1997, and the Machine Learning Department (in the School of Computer Science) in 2007. He served as Department Head of Statistics from 1995 to 2004 and was appointed Interim Co-Director of the CNBC (CMU-side director) in 2015.

PANDA is a portal for accessing the computational resources developed, disseminated and maintained by the CDAR Center, which comprises a significant expansion of the drug abuse research tools, as well as information toward establishing the link between molecular, cellular, and systemic aspects of drug abuse and associated disorders. Read more

Mary Cheng and Ivet Bahar published an invited review article in Nature Structural & Molecular Biology, addressing recent progress in the elucidation of the structural dynamics of monoamine transporters and their conformational landscape and transitions, as well as allosteric regulation mechanisms. Read more

Using quantitative live-cell fluorescence microscopy (Sorkin lab; U PITT) and molecular modeling (Bahar lab), they investigated the effects of the DAT inhibitor cocaine and its fluorescent analog JHC1-64 on the plasma membrane distribution of wild-type DAT and two DAT mutants.

Core C proposes a new approach, Linear Regression with Validated Association (LRVA) that discovers variants by utilizing the knowledge of known associations, making the variants with weaker signals easier to be identified. They have applied their method to Drug Abuse Disorders data set collected from CEDAR provided to them by Dr. Michael Vanyukov (PI of a FRP), and discovered nearly two dozen novel SNPs associated with drug abuse disorders. Literature search suggests that many of these SNPs reside in genes previously known to be involved with substance abuse. Read more